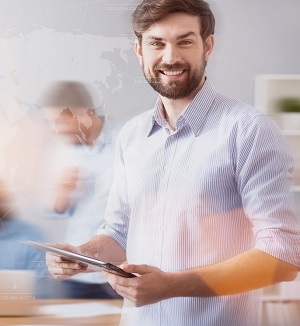 WHAT ARE THE 8 GOOD BEHAVIOURS OF MANAGERS?

During early days of the Google company, managers were scarce. It was a flat structure; most staff were engineers and technical experts. In fact, in 2002 a few hundred engineers reported to only four managers.

But over time — and out of necessity — the number of managers increased. Then in 2009, the People and Culture team at Google noticed a disturbing trend. Exit-interview data cited low satisfaction with their manager as a reason for leaving Google. And because Google has access to so much data online they asked their statisticians to analyse and identify top attributes of a good manager.

Google’s now famous Project Oxygen started in 2009 as ‘the manager project’. The PiLab (People and Innovation Lab) Team researched questions such as:

• How do managers impact team performance?
• Do managers matter?
• How can we create amazing managers, not just competent ones?

The Google method is always data-driven. PiLab reviewed exit surveys to find out if low satisfaction with a manager was a reason for leaving the company. And conversely, did satisfaction with one’s manager correlate with staff staying?
At the time, Google engineers preferred to decode and debug. Talking to direct reports was considered not part of their job; something that got in the way of getting their ‘real’ work done.

PiLab’s research discovered that Googlers (Google staff) on teams of high-scoring managers were not only happier, with higher job satisfaction and retention, but also achieved higher performance and higher scores on innovation, work-life balance and career development.

How Do Best Managers Behave?

Next phase of research asked questions such as:

• How often do you discuss career development with direct reports?
• How do you develop a vision for your team?

Comments in the annual Google Great Manager Award nominations were analysed, as well as thousands of surveys and performance reviews.

A set of eight good behaviours common among high-scoring managers were identified.

1. A good manager is a good coach.

2. Empowers the team and does not micro manage.

4. Is productive and results oriented.

5. Is a good communicator; listens and shares information.

7. Has a clear vision/strategy for the team.

8. Technical skills to help or advise the team. 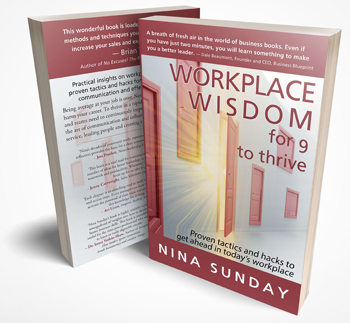 Workplace Wisdom for 9 to Thrive:

Proven tactics and hacks to get ahead in today’s workplace